Tekton » Volume 7, Issue 2 » Papers & Essays » Cradle for the Dead or Monument for the Living 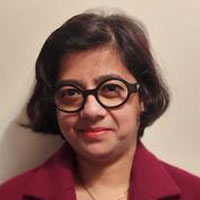 Preeti Pansare is a doctoral student at the University of Strathclyde. She graduated from Pillai’s College of Architecture and acquired her M. Arch. in Design from the University of Illinois at Urbana Champaign. She also obtained a P.G. Diploma in Indian Aesthetics from Jnanapravaha, Mumbai. She is a recipient of the MASA Research Fellowship for her work on ‘Cultural Osmosis in Korlai, currently under review for publication as a MASA monograph. She is a co-author of the photo-essay ‘A Thing of Beauty- A Short Friction Story’, published in the Hakara journal.
preeti.pansare@strath.ac.uk

ABSTRACT
The cultural practices of the immigrants and the native population amalgamates differently depending on the power relationship between the immigrants and the natives. This paper aims to study this relationship by choosing funerary practices to represent cultural practices. Between the 16th and 18th century, Surat was a melting pot of cultures as it had become an important port in India. The English and the Dutch cemeteries in Surat are amongst the earliest built monuments by the Europeans in this country using an architectural language different from the styles from their own country of birth. This study focuses on the idea of identity through the lens of architecture. It attempts to understand how architecture was used to create identity and spatial language that asserted their presence in a foreign land. The study is conducted by studying the amalgamation of the political, cultural and social practices during those times. In both the English and Dutch cemeteries, we find evidence of appropriation of the tangible and intangible elements from Indo-Islamic architecture and Hindu temple architecture. The paper studies the cultural amalgamation, appropriation that the English sought and from which they proceeded further to invent their own architectural style in India. The transition from traders to Imperial rulers can be seen in the style transitions in this period.