The terms ‘research’ or ‘criticism’ have gained more currency today than before. The question still remains if we have sufficiently progressed beyond the simplistic view of architecture as vocational training and practicing a trade. A discursive space of critical reflection is vital for the discipline, the health of which can be gauged by the state of architecture publishing in the country.

Kaiwan Mehta in his interview argues that for a healthy and productive arena, writing and criticism must hold a mirror to the profession. The question is what do we have to show in creating such arena and how open is our architectural community in receiving critical commentary. There are many instances in recent times that show that we are indeed very poor in dealing with criticism. Every other creative field – arts, cinema, theatre, books – has to contend with critics but it appears that architects consider themselves above and beyond external review. It is not surprising that most of architectural magazines published in the country are purveyors of products and lifestyle.

In last few years, we seem to be slowly making up for a near total lack of published material on Indian architects (barring a few stars) and their works. It is telling that quite a few of them are self-published or put together by a close relative. That this is the only mode available for even the most deserving architects is because we have not created a culture of architecture book publishing that is commercially viable. This will change only when we have more credible writing and a readership that is hungry for it. We have also produced very little critical writing on architecture of pre and post-independence – a few recent ones have been foreign publications and forbiddingly expensive for local scholars. Then there is the issue of serious mis-representations of trajectories of Indian modernities – not only do they go unchallenged but are repeated ad nauseum in classrooms and even conferences. There is an abundant scope in researching and interpreting the 20th century if only we can come out of the thrall of what Kaiwan Mehta calls documentation obsession.

Madhavi Desai in her essay considers research as one of the meeting grounds between academia and practice in architecture. However, this potential is largely unrealised, she says. She traces the poor shape of architecture publishing to a relative absence of research ecosystems, making it challenging for the few who do engage in quality research to find a publisher. It is quite clear that doing quality research and writing and having a thriving publishing culture will go together.

Then, we were also conscious of a lack of a credible journal with even a modicum of academic rigour in writing and a peer review process. While, the country has scores of institutes offering post-graduate programmes in architecture including PhDs, there is little awareness about the ropes and ethics of research-based writing. A culture of discursive, longform writing where a writer draws out a subject critically with supporting arguments – available in other streams of the humanities – was simply not present in architecture. Recently, Tekton and a couple of other journals have tried to bridge this gap. One should keep in mind that there is little requirement of any sort of writing or research, let alone of peer-reviewed publications for promotions to higher posts in architecture education in India. One can say from the experience of bringing out nine issues so far that featured tenured professors to well-known writers to young researchers, that the review process is considered de jure in western academia but is not so well understood here. We have only taken baby steps in creating a well-established academic culture of publishing.

In this issue, we feature the following papers and essays.

Manu Mahajan in his paper has demystified the idea of mixed-use, first by clarifying the concept with literature review and then examining its adoption in Delhi. He shows that despite its well-intentioned insertion, the policy of mixed-use has become counterproductive as a ‘planned’ element. Amita Sinha in her paper on Small Urban Parks, unravels how they promote place-based communities. She argues that the urban design principle of ‘centeredness’ is essential for successful social use, her ethnographic research of four parks in the twin cities of Urbana and Champaign in Illinois, USA supports the argument. Hareesh Haridasan and Arun Menon in their paper bring home the necessity of systematic tests for developing an appropriate structural conservation protocol for heritage buildings. As a part of the research centre at IIT-Madras, they discuss their investigation of the collapse of La Mairie de Pondicherry and subsequent testing of similar masonry structures. Smita Dalvi in her paper recreates social and economic history of two Jewish communities that thrived in Bombay and the Konkan through their built heritage. In that, two attributes emerge which mark their presence in the social milieu of their times – syncretism and philanthropy.

We feature two Practice Essays in this issue. Sonal Mithal has weighed in on the recent controversy of the newly floated scheme of ‘Adopt-a-Heritage’ by the Government of India. While doing so, she addresses the larger issue of lack of a clear conservation policy of historical monuments in the country. She is critical of what she calls nostalgia agenda which comes in the way of bringing heritage closer to the people. The other essay by Madhavi Desai draws from her vast academic experience to dwell on the issue of research in India. Prof. Desai creates a comprehensive scenario as it exists of relationship of research with academia and practice, which is far from ideal. She also speculates on possible directions for research that can fill the gap in knowledge generation in the discipline.

In the Dialogue section, I engage with Kaiwan Mehta, a theorist, writer, and an educator, better known as the editor of Domus India magazine in a wide-ranging conversation that touches upon subjects such as culture of publishing, acts of curating, trajectories of the Indian modern, PhD education and so on. Mehta delves into his multi-faceted career to talk about the import of discursive practices, and how recognising them as full-fledged pursuits will open up the professional arena of the discipline of architecture.

We feature reviews of two monographs in the issue. Hemangi Kadu has reviewed the latest Auroville Architects Monograph Series by Mapin on Piero and Gloria Cicionesi authored by Mona Doctor-Pingel. The book traces the lifework of the Italian couple who have made Auroville their home since the time of its inception. The section on Matrimandir with photographs and drawings showing the sequence of construction is a treat as are many hand drawn sketches of their projects. Suprio Bhattacharjee has reviewed the monograph on Brinda Somaya – a book that was long overdue and innovative in concept. Although there could be divided opinions on whether the architects themselves should write about their work, in the present case, Somaya’s narration is both candid and unselfconscious, offering an interesting insight into the working of an architect. Both these monographs stand out for attention to production of drawings – very vital for archival purposes.

Publishing an academic journal is a learning process for all concerned and one hopes that we will all get there with mutual support as long as its value is recognised. Tekton has strived to set a benchmark and in that Mahatma Education Society as patron and publisher has given a generous backing to an enterprise from which more resourceful institutes have shied away. Editing a journal is a challenge and also a form of curation. One has to look into generating content that stands up to the rigour and scrutiny and also into cultivating a readership for longform writing. At Tekton, we are now looking for further innovations in the mode of publication and seek support. We have opened a window, the world out there is awaiting us. 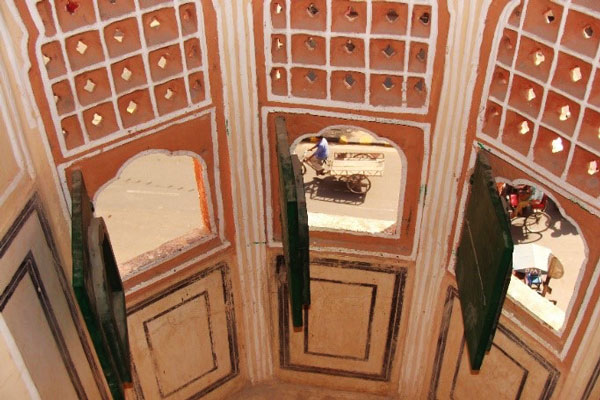