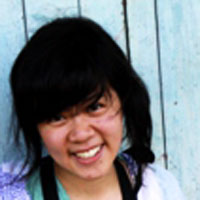 Rebecca Hui was a Fulbright-Nehru Research Scholar and National Geographic Young Explorer studying, “The Secret Life of Urban Animals”, a project that covers how leopards, elephants, street dogs and cows are adapting to urban change in India. Moreover, she investigated the disappearance of street dogs that once rode the Moscow Metro in Russia. As a Judith Lee Stronach Fellow, she went to Tanzania to investigate China’s interests in Africa by mapping Chinese infrastructural investments and their resource targets. She graduated from UC Berkeley with a B.A. in Urban Studies and B.S. in Business Administrations Asst.

Often overlooked in India’s rapid urban evolution are relationships between people and animals; I seek to reveal how changing human-animal relationships are intertwined with development.

Animals have historically been involved in Indic societies as worshipped entities and economic resources. As a result, humans and cattle live together in a society where one does not just simply eat another. But this form of coexistence is diminishing as cities grow and conflicts arise over possession and use of space, typically giving priority to humans.

Can animals live in such cities? I begin by providing a context about the role that cows play in the Indic context. Next, I have analysed how these roles have changed based on ground studies. Finally, I discuss my learning and thoughts for planning efficacy.