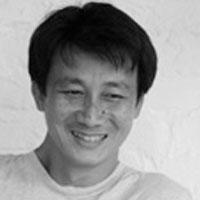 Kevin Mark Low is an architect by training and lives in the monsoon tropics. Raised in Southeast Asia, he spent nine years in the United States before returning to Malaysia with a Bachelor’s degree in Architecture and a Minor in Art History from the University of Oregon (1988), and a Master’s degree in Architecture from the Massachusetts Institute of Technology (1991). He worked ten years at GDP Architects in Kuala Lumpur upon return, running the research and special projects division, and made a decision to reclaim old dreams of sole practice in 2002. Since then, he has been invited to teach and lecture at Institutes of Architecture and Universities in South Asia, Europe, the United States, Australia and New Zealand.

With completed earlier work published in architectural journals internationally, contribution of numerous articles in architectural journals regionally, and authorship of the book smallprojects (adaptus/orogroup, 2010) for international distribution, Kevin still works alone – his current work includes a temple, a mountain chapel, a fifty-storey tower, a town well, another book, and teaching.

Several years ago, as an architecture student working in Ahmedabad, I had the chance to live for a few months inside the Indian Institute of Management campus designed by Louis Kahn and Anant Raje. During my stay there alongside the management students, I constantly heard about how the campus did not quite work for them. The inside of the hostel rooms with their exposed brick walls were dark and gloomy. When it rained, the water gushed down from the terrace and flooded the staircase lobbies. I listened to what had not worked for the users. I also saw what had worked, as I experienced the ‘silence’ and the ‘light’ that Kahn had talked about in his writings on architecture.

Now, twenty years later, as I live in Bangalore, I have had the opportunity to experience closely yet another acclaimed architectural project – the IIM-Bangalore campus designed by Balkrishna Doshi. There is a sense of delight each time you walk inside the buildings with the light that comes down from the pergolas and the green foliage touching the stone walls. You experience how the built and the unbuilt space merge beautifully. And, here again, the students and the faculty do not share either fascination or respect for the building. Instead, you are told “when it rains, you cannot walk from one classroom to another”, or “the building has not generated the social interaction that it could have amongst its students and faculty”, and so on.

In the architecture profession, we seem to hesitate to criticize each other. We may be hindering our collective growth as a result. What can we do about this?

Yes, this is true. It would be lovely to see the creation of a platform where one can give and receive critique without ever feeling afraid of being marginalized from the professional