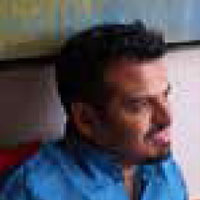 Nimit Killawala is a director at Group Seven Architects + Planners, Mumbai. He obtained his MA in Housing & Urbanism from Architecture Association School of Architecture, London. He is currently involved in the design and execution of residential, commercial and pharmaceutical research centres in and around Mumbai. He serves as a visiting faculty at the Kamla Raheja Vidyanidhi Institute for Architecture and Environmental Studies.

This essay by Killawala addresses the problems facing delivery of affordable housing in Mumbai. Through the examination of the Dharavi redevelopment plan, it sets up a critique of the current model of slum redevelopment. With almost a decade long stalemate since the inception of the project, it argues for an alternative model for redevelopment. It asks whether state be involved in the direct provision of housing rather than catering to speculative interests and creates parameters for this housing to be affordable to the end user.

The essay also examines the policy provision of FSI 4 for slum lands, questioning the viability of additional densities on an already stressed infrastructure. In conclusion, it prescribes a special status for affordable housing as an ‘Infrastructure Project’, wherein cost of land is notional, hence increasing the prospect of affording a dwelling for the poor.

Paradox of Affordable Housing in Mumbai

What happens when a city not only grows, but grows on itself, creating new forms of congestion- requiring an immediate fix, in the form of large scale urban interventions? Much of this congestion is due to accretion, a layering of informal activities over time, in areas that once emerged on the periphery, but now in the heart of the city. Dharavi is a classic case of this. In the process of Northward expansion of Mumbai, Dharavi with its 525 acres finds itself in the heart of the megapolis, with possibly the highest real estate prices in India.

In a bid to make Mumbai a ‘global’ city, in 2004 an ambitious redevelopment plan was launched, wherein all of Dharavi was divided into 5 sectors. This plan painted a win- win scenario, wherein eligible slum dwellers will receive secure housing and amenities, while the middle class will gain new residential and commercial spaces, developers and government will make a profit, and an embarrassing chunk of land will be removed from the landscape of the city.

However more than a decade since this ambitious plan was launched, it has failed to get off the ground. In the context of such a stalemate, the Urban Design Research Institute (UDRI), a public charitable trust with a mandate in generating awareness on urban issues – launched ‘Reinventing Dharavi’,1 an international ideas competition inviting fresh ideas and scenarios to challenge the status quo, providing alternative imaginations through which the process of redevelopment of Dharavi could be approached.

This essay is based on the competition entry by our team of Group Seven Architects, based in Mumbai. I discuss an alternative approach to Dharavi’s future proposed by us, that considers the specific context of Dharavi while simultaneously addressing the larger issue of ‘affordable housing’ in Mumbai.

One of the recent publications of PRAJA Foundation, a non- partisan organisation, working towards people’s participation for effective governance, serves as a good backdrop in expressing our team’s concerns. The Report states, “Rs 28 lakhs is the average price of 269 square feet (25 sq.m.) dwelling in Mumbai, at this high price, a vast majority of people whose annual income is Rs 2.4 lakhs cannot afford this house. Considering that the accepted norm while financing homes is up to 4 times the annual income, this is nearly 12 times that, thus making even this basic house way out out of reach for a vast majority of Mumbaikars.”2

Since 1995, only about 2 lakh public housing units have been added to the stock while we need 11.36 lakh housing units as of today. In order to tackle with the urgency, and in the particular case of Dharavi, the government has provided private developers with an incentive of Floor Space Index (FSI) of 4 in exchange for free rehabilitation housing for eligible slum dwellers within the respective sectoral boundaries.

Is FSI 4 a Viable Solution to Scarce Urban Land?

Substituting a cheaper and a more readily expandable factor, capital, for land by building multiple stories – permitting a production of more floor space in desired locations has