Hemangi Kadu
The youthful idealism of the 1960s served as an extraordinary opportunity for a certain experimental community in southern India. This community’s dream was to make an ideal township – Auroville – devoted to human unity based on the philosophy of Sri Aurobindo and the vision of the Mother. The philosophy dwells on the thought that collective life is a necessity for progress. The thought attracted many people from all over the world. Some faced practical difficulties of different cultures living together, too much idealism and non-hierarchical structure. But challenging these difficulties and thriving to sustain human unity was the very goal of the philosophy. By not giving up, residents and pioneers thrived to work together towards the vision and believed Auroville to be their Karmabhoomi. They developed a strong bond of shared memory and a spirit of place with the locals too.

Auroville exists this way even after 50 years through struggles and limitations, thanks to the efforts of the pioneers who came to the barren red plateau in 1965 and had conviction to follow the dream. In this process they introspected and continue to introspect about their role in the region, in India, and in the world. It is this process of introspection right up to the final product that is the essence of creativity in Auroville. Numerous experiments have been undertaken in the early years, like, innovative spatial designs using appropriate building materials, climate responsive designs, environment-friendly and cost-effective infrastructure, and research on the relationship between humans and the built form. Several architects visit Auroville in search of this essence and get inspiration to design. Yet, little comprehensive published material exists on the subject. The monograph series on architects of Auroville aims to fill this gap while paying tribute to the pioneers. Their recent and second publication highlights the lifework of architects Piero and Gloria Cicionesi, and is authored by Mona Doctor- Pingel, herself doing significant work in Auroville as an architect. The first monograph in the series (2012) focused on Popo Pingel, spanning his career till date, the influences that formed him, and his contribution to Auroville. Similarly, the recent monograph presenting the works of architects Piero and Gloria Cicionesi not only documents their works but also draws attention to their formative years, the philosophies evolved, and their ideation for designing Matrimandir which is now a symbol for life in Auroville. Additional essays by Dr. Chamanlal Gupta, Pino Marchese and Poppo Pingel add valuable texture to the book.

Piero and Gloria hail from Italy, a country which has been at the forefront of artistic and intellectual developments across various ages. In his younger years, Piero was deeply taken by emotions of the works of artists like Filippo de Pisis, architects like Frank Lloyd Wright, and Carlo Scarpa, even while he wasn’t an architect then. Some of Piero’s early paintings and sketches have been well illustrated in the book in large spreads giving a deeper insight into his origins of design sensibilities. For Gloria, her time spent in visiting museums and churches developed her sense of space, light and materials. In her college days, it was Louis Kahn’s poetry of architecture through silence and light that significantly inspired her. The formative years of both Piero and Gloria in the early post-war Europe shaped their thoughts on architecture as not only a search for beauty but also for a deeper social aspiration. In the book, Mona Doctor-Pingel fluently describes such formative influences, their university life, chance encounters and lessons learnt with simple anecdotes from the architects. Wittily titled as ‘The Florentine DNA’, Pino Marchese’s contributory essay in the book draws focus on the influence of the works of Giovanni Michelucci while they both studied in the Faculty of Architecture at Florence. With brief chronological narratives, the first chapter presents the reader an introspective journey of Piero and Gloria from Italy to their decision to come to Auroville in 1966 and their initial experiences thereon.

The Auroville charter resonated with both Piero and Gloria and its simplicity is reflected in their buildings, firmly but gently eliciting respect and dignity. Piero’s major contribution to Auroville was the construction of Matrimandir for which he persistently worked for 20 years with patience and faith. His mathematical genius combined with his sense of perfection came to forth through this project. The book follows Piero’s journey in the manifestation of the Matrimandir through an elaborate presentation right from its conception to execution using archival photographs, detail drawings and narrative texts. Dr. Chamanlal Gupta in his contributory essay demonstrates the unequalled mastery shown by Piero in structural engineering along with his aesthetic sensibilities during the construction of Matrimandir.

Apart from extensively documenting Matrimandir, the book also presents a compilation of thoughtfully selected residential and institutional projects of Piero and Gloria. By not merely becoming a catalogue of detailed works, the author has skillfully carried forward the narrative nature of the book into the descriptions of all the projects. References to formative years, reminisces and learning described in this way connect the reader at every stage to the simplicity of Piero and Gloria, to the philosophy of the community, and its manifestations into their designs. Authored by an architect, the book successfully describes theories of design through each of the projects thereby becoming an inspirational read for students of architecture.

Poppo Pingel in his concluding essay provides a personal retrospective about his associations with the two architects since 1968 and the influences he gathered from them. It is quite evident from essay that Piero and Gloria provided a guiding path for Pingel’s own journey in architecture. The role of architecture is beyond building nice houses and should not overlook culture, climate and the well-being of everything alive. His perspective on Piero’s and Gloria’s work is uniquely described highlighting the value of timelessness through forms of pure balance, proportionality and simplicity like those derived by the Ancients.

The book ends with a chronologically arranged list of projects by the duo since 1963, giving us a clear perspective of their practice as it grew over the years. The essays, drawings and photographs, not to mention the added advantage of technology by means of augmented reality videos in the book, make it a complete monograph on the architects Piero and Gloria Cicionesi. Mona Doctor-Pingel’s second monograph in the series is not only a thoughtful contribution to the architecture fraternity, but also a humble gratitude towards the significance of Auroville community’s ideology and the pioneers who believed in it. 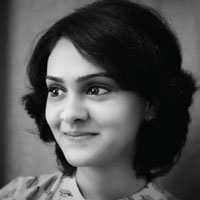 Hemangi Kadu is an Assistant Professor at MES Pillai College of Architecture, Navi Mumbai. She graduated from Sir J.J. College of Architecture and acquired her M.Arch. by Research from the Mumbai University. She also obtained a P.G. Diploma in Indian Aesthetics from Jananapravaha, Mumbai. She is a passionate photographer and has held solo exhibitions at David Sasoon Library, Mumbai (2015), and Jehangir Art Gallery, Mumbai (2018).
kaduhemangi@gmail.com