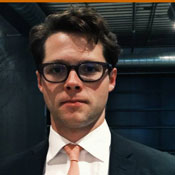 Patrick Lamson-Hall is a Research Scholar at the NYU Stern Urbanisation Project. He completed a Masters degree in Urban Planning at the NYU Wagner School of Public Service in 2013; and a Bachelor’s degree from Portland State University in 2011. He is the Monitoring Coordinator of the Ethiopia Urban Expansion Initiative, and the NYU Representative at the India Urban Expansion Observatory, at the Mahatma Education Society, New Panvel, India. His research interests include urbanisation in the developing world, development economics, and historical urbanisation.

More than 50% of the world’s population lives in cities, a number which is predicted to rise to 70% in a few decades. Cities are growing faster than they have ever grown before, and they are doing so in the context of staggering inequality and the depletion of large amounts of environmental capital. If cities are to be livable, equitable, and efficient, realistic and adequate preparations will have to be made for this growth. An acceptable urban development strategy must be simple and cheap, and focused on improving mobility and housing affordability without interfering with market mechanisms. The only reasonable response to rapid urbanisation is to prepare the ground and plan for urban expansion.