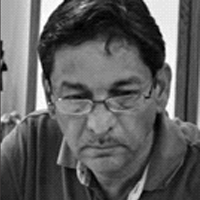 Professor Aniket Bhagwat is a third generation landscape architect practising in Ahmedabad with M/s. Prabhakar B Bhagwat, a firm started by his father eight decades ago. Arguably with some of the most influential landscape design practices in the country, the firm is known for its research legacy and an unconventional understanding of urban and natural landscapes. Aniket Bhagwat studied Architecture from Centre for Environmental Planning and Technology (CEPT), Ahmedabad and pursued his Masters in Landscape Architecture from School of Planning and Architecture (SPA), New Delhi. Drawing on the depth of his familiarity with the specialisation since childhood, Aniket is known to be an outspoken and stimulating writer, thinker and an academician. He co-edits and writes for SPADE, a chronicle on design research, theory and narrative, the only peer driven design magazine in the country. Through his discourse and practice, he strives to bridge the gap between the profession and academics and evolve design through discussion and criticism. He is of the belief that there are no bad students as such but just inept teachers who mislead students into disarray. His renegade approach to education, research, design and writing has inspired many, helping them take on the conviction, rigor and responsibilities of design.
pbb.ahm@landscapeindia.net 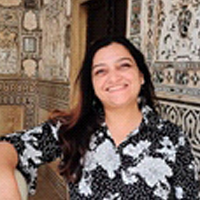 Reshma Sathe is a practicing landscape architect from Mumbai, her firm Green habitat Consultants believes in working synergistically with the processes of nature. She has been a part of the first IGBC platinum rated building in India. Some of her reputed projects are, TCS at Chennai, Ashok Gardens at Mumbai, Ashok nirvaan at Khandala. She also runs a non- profit, “Nirmaan Art foundation” for providing a platform to the relatively unknown talented artists.
reshmasathe@mes.ac.in

I have known Prof. Aniket Bhagawat from CEPT as a teacher par excellence. He and his father, fondly called Bade Sir (Prof Prabhakar Bhagwat) would make it possible for all of our students to understand the core principles of the Landscape. He has written extensively on various issues faced by the architectural community today.

In this interview I discuss with Prof. Bhagwat the status of Urban Parks in the country. The Public parks have always been a Center of attention, but the result is a mere what I call Lipstick greening. In the discussion we try to understand the reason why the parks are so carelessly dealt with, while also pondering on other issues such as architectural education and the problems faced by Landscape community at large.

Sathe
The concept of Park as a Public responsibility has not taken root. The Goan ka Holi ka Maidan gets more respect than the ubiquitous park. Do you think contemporary Urban Park design has in some way failed to meet people’s demands?

Bhagwat
The threshold of ownership differs. The “maidans” by the lack of any real policing, or by being mostly without fences, is belonging to everyone. There is very little that constitutes human drama that the maidan cannot absorb with generosity. The park on the other hand is policed, it has timings and gates to enter or exit; rather so often there is someone who is monitoring what you do. To an extent, this is not a completely unfair situation. Parks have greater number of elements such as plants, or lighting, or seating needing some degree of protection against misuse or vandalism. Our social behavior in the public fora has always sadly been seen with a jaundiced eye, by those in authority. But the misgivings are extreme and really not real in the most part, and create a situation where the ownership of the park always seems to be vested not with people but those who govern at times to such an extent that it often has led to a mindset that the park is an artifact that is given to people, one that they should be grateful for! This is a feudal mindset that plagues us in many areas, and the parks are really no different. Till this changes, the sense of collective ownership or the idea that it’s a shared common property, will find it difficult to take root. So to answer your question, it’s the governance of the parks that is responsible to a great extent. Having said this, the idea of testing and evolving a relevant park typology is equally something that needs discussion. We have as such, and this is true across the world, not really invested in examining a culturally relevant and modern park typology. It seems to have received very little academic inquiry. If we ask, for instance, what kind of park should, a part in city which is economically disadvantaged and has a large population of people in the hotter regions of the country be as against say one up in the hills, in a small town with a very small population and large open tracts of nature around–we, of course, will get completely different kinds of parks. We mostly don’t ask these questions and we should. Because, not only will it lead to the development of relevant and newer typologies, but also wrestle with the questions about imparting and instilling a sense of societal ownership.