Nari Gandhi: A Man of Vision
Conversation with Nari Gandhi 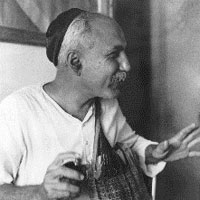 Nari Gandhi (1934–1993) was an Indian architect known for his highly innovative works inspired by the philosophy of organic architecture by legendary Frank Lloyd Wright with whom he apprenticed for five years in his studio at Taliesin. He also studied pottery for two years before returning to Mumbai in early 1960s.

Gandhi was a maverick who eschewed conventional thinking about architecture and standard studio practice. He worked without an office and perhaps without working drawings. Rather, he preferred to work directly on the site where his ideas evolved in a slow process, working closely with the masons and craftsmen. He built a little over two dozen projects – mostly all private houses for the wealthy who commissioned him to create well-crafted innovative works of art.

Gandhi remains one of the most revered architects within the fraternity. 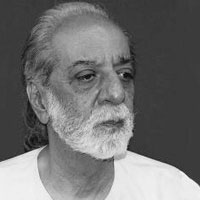 Adil Jussawalla is a poet, teacher, journalist, editor and translator.

He is one of the most influential personalities in the English Poetry circle in India. He has written two books of Poetry, Land’s End in 1962 and Missing Person in 1976. He has edited a seminal anthology of new writing from India in 1974 and co-edited an anthology of Indian prose in English in 1977.

His more recent works are The Right Kind of Dog in 2013, Maps for a Mortal Moon: Essays and Entertainment in 2014 and I Dreamt a Horse Fell from the Sky in 2015.

He was presented the Sahitya Akademi Award in 2014 for his book of poetry, Trying to Say Goodbye.
jussawalla.adil@gmail.com