Traversing the City Through an Urban Design Research Practice 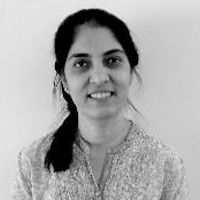 Kiran Keswani is a co-founder, Everyday City Lab (https://www.everydaycitylab.com/), an urban design and research collaborative in Bangalore that focuses on people-centric urban design and planning. She graduated in architecture from Mumbai in 1988. Subsequently, she worked with Balkrishna Doshi in Ahmedabad from 1992-94. Prior to setting up the lab, she has had an architectural and urban design practice for over 20 years. She holds a PhD in Urban design from the Faculty of Planning, CEPT University, Ahmedabad and is presently engaged in both research and teaching.

She is co-recipient of the Azim Premji Research Grant for 2018-19 under the theme: Urban sustainability and Governance. The design studios she has taught recently include a UD studio on Informal marketplaces in 2017 and on The Future of Everyday Urban Spaces in 2020 at CEPT University, Ahmedabad. Her publications include a co-authored chapter on ‘Territoriality in Urban space’ in the book Informal Urban Street markets: International Perspectives (2015); a paper titled ‘Urban design studio pedagogy: Thinking about informality’ in New Design Ideas (2019) and the paper ‘The Logic of design: its role in understanding the antecedents of urban informality’ published in the Journal of Urban design (2018). Her current interests include informal urbanism and public space design.
kiranmkeswani@gmail.com

In this practice essay, Kiran Keswani writes about her setting up of the ‘Everyday City Lab’ – an urban lab, in which she along with her research associates and interns has been investigating several everyday practices that make up our cities but have escaped attention of the planners and policymakers. It is generally believed that the aspects of informality that characterize our everyday spaces such as streets and bazaars are random and therefore outside the purview of design or policy. The Everyday City Lab is showing us it is otherwise. Shared here in this essay are some of their findings written in a narrative form. Here, we learn about an architect’s journey from a design consultancy to a research-based practice that in turn has a potential to inform design.

Introduction
The Everyday City Lab was set up as an urban design and research collaborative in 2018. There is so much about this lab that has been unplanned and unpredictable, and yet, the journey has been replete with delightful discoveries. The research projects have made it possible for us to engage with others and to see something that we had missed seeing ourselves. The key focus of the Lab has been to understand the everyday practices of people such as the social, cultural, religious, economic and political practices in order to develop a people-centric approach to urban design and planning.

The Idea of a Research Agenda
The setting up of the lab in Bangalore has been a result of so many situations and circumstances, that it is now difficult to pin it down to any one happening. For about 20 years before, my effort had been to nurture a small architectural practice that had begun in Mumbai. The scale and nature of our projects differed from being a farmhouse project in Alibaug, a hospital project in Mumbai, a prototype for 22 schools to be built in different cities across Andhra Pradesh, a master plan for a Buddhist circuit in Orissa, a coastal tourism plan for the Konkan region, to a waterfront development project in Mauritius. From 1996 onwards, the base of the design practice moved through different cities – with the early years in Visakhapatnam, Hyderabad, Chennai and then later, in Bangalore. The moving of cities had meant setting up practice in a new place every few years and establishing new networks. That was also where an interest in bazaars had sprung up because every time we moved cities, it meant discovering a new set of bazaars.

For many years, I have been fascinated with the simultaneous vibrancy and complexity of the Indian Bazaar. It has meant going to marketplaces at early hours of the morning and just being there watching people. Life in the streets has been equally exciting and this led to a lot of walking and then, stopping to make conversation wherever possible. For instance, I would want to know what the paan vendor was thinking as he sat at the edge of the footpath day after day watching so many people pass him by. And, why was he here and not somewhere else on the street? Then, I would see a woman vendor holding an umbrella over her head as she sold flowers on the street and wonder, how long can she hold the umbrella like that? Why is she not sitting where the other vendor is under the shade of the tree?

It was later that I found out that spaces on the street are negotiated between various stakeholder groups on an everyday basis and that vendors need to mark and defend their territory.