Fatema Kabir
Coined by Edmund Husserl, the philosophy of Phenomenology has been in discussion since early 1900s. French Philosopher Merleau-Ponty in 1945 triggered a discussion on human perception of the existential environment (lived world). This inspired an inter-disciplinary connect between the philosophy of phenomenology and Architecture. Ponty says “No longer is it a matter of speaking about space and light, but of making space and light, which are there, speak to us” (Merleau-Ponty, 1964). Through this, Ponty claims that Space and Light could be created. It’s an idea to be acknowledged from philosophical and creative perspective rather than as a physicist. Ponty also says that the latter two speak to us (user), hence making a dialogue. For Merleau-Ponty, “bodily existence is projective and projection is part of an inter-subjective dialogue between the embodied subject and the world” (Shannon, 1997). Hence one can conclude that man is dialogic by nature; building a conversation within themselves, with their environment and with the objects around is natural. A dialogue to be created needs an object and a subject. Subject being the User, object may be inside the user, around, or beyond the user. This object in discussion is our perceived space. Definition of such a space is wide and abstract, and to be able to convert the ideas into some perceivable space one has to delve deeper into the understandings of phenomenology and architecture. 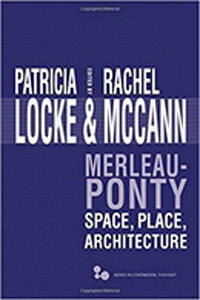 These spaces attempt to narrate a complete journey of a user through architecture. The spaces are literal and metaphorical, philosophical and practical, and conceptual and conceivable. The spaces link the User and the lived world around them. Experience of this “lived world” is multi-sensory; our authors will continue discussing the multi-sensory notion in detail. The senses may not be limited to the five Aristotelian ones; they will address ideas such as balance, motion, duration, illumination, scale etc. Motion being one of the important ones. In his essay, ‘Depth of Space and Depth of World’ in Liminal space Section Johnson (2015) says “Perception is linked to the physical movement of the user in space”. A brief understanding of the three spaces before delving deeper into the book will help register and connect the dots better.

Liminal Space is the border, edge, and threshold between the ‘user and the space’ or ‘space and space’. When the authors discuss the liminal space they delve into art, nature, other philosophers and bring all together to build the liminal space. Hence, making the liminal space as conceptual and metaphorical as much as literal and practical. Liminal space may be the diluting borders in the art works of Francis Bacon as read by Deleuze (2003) or the blurring of thoughts and night as new reason sets in with the day. In one of the examples the author also narrates depth as the liminal space of experience. Depth will only be perceived through motion as mentioned previously. One could practically carve it as the understanding of figure and ground. These boundaries of the liminal space may be overlapping, interlocking or crossing. The authors use architectural examples to discuss the philosophy; yet the application of the same into design may need a leap of thought.

While the liminal space is discussing the indefinite edges; Temporal Space connects between two indefinite objects (Space and Time). User’s perception of space with respect to time as an architectural element is further pondered on by the authors in this section. One knows time and ideas of nostalgia as felt in ruins or old structures. Ponty’s perception of time stretches more than just nostalgia of past. He says “Time is, therefore, not a real process, not an actual succession that I am content to record. It arises from my relation to things. Within things themselves, the future and the past are in a kind of eternal state of pre-existence and survival; the water which will ow by tomorrow is at this moment at its source, the water which has just passed is now a little further downstream in the valley” (Merleau-Ponty, 2005). Authors in this chapter discuss the concept of Ponty’s time as a vital architectural element for user’s perception. One could lose self or space perception in the absence of time. For example: in case of isolated incarceration, a prisoner loses self and mind not because of spatial volume and or lack of movement; the loss of sanity is due to the absence of light; hence one does not know day from night and days from weeks; and hence the realm of time is missed leading to an insufficient perception of space and self.

Bachelard (1994) in ‘Poetics of Space’ quotes a poem that sings the relation of Space and Time:

“At the door of the house who will come knocking?
An open door, we enter
A closed door, a den
The world pulse beats beyond my door”.

Smooth and the striated of another French Philosopher Gilles Deleuze of 1960s is inevitably related when discussing the Shared Space concept of Merleau-Ponty. Folded / Blobbist Architecture is pioneered from Deleuze’s philosophy of the smooth and the striated. Similar to Ponty; the smooth and striated discuss how one weaves into the other. They both are understood as separate spaces yet their existence is so closely reliant on each other. They are a homogenous mix with heterogonous elements. Ponty’s shared space also has folds; where the overlaps, the crossings and the interlocks happen. “Merleau-Ponty tries again and again to characterize it in terms of things that overlap, entwine, weave together, and fold back on one another” (MacCann, 2015).

Through the narration of three spaces; the authors have completed a journey into architecture. From outside to the inside to within the user to between the users and between the spaces; the weaving of Ponty’s Phenomenology into Architecture is commendably achieved by this book. Currently indeed there are other theorists such as Juhani Pallasma in the discipline who discuss concepts of Phenomenology in Architecture based on Ponty’s philosophy; yet this book provides a very holistic message for the same. Though less, yet the discussion of Architectural examples in this book in relation to the deep philosophy help the reader in understanding the argument better. While the book is an appreciable exploration of Ponty’s philosophy, it still leaves room for one to ponder further, interpret in their own way and explore details as required.

Merleau-Ponty is the philosopher, Pallasma is a theorist interpreting the philosophy. Steven Holl is an architect trying to apply the same. While one can indeed see a complete circle; yet the “connect” between philosophy, theory and architecture is more strategically and innovatively bridged by this book – “Merleau-Ponty- Space, Place and Architecture”. It is a must read for philosophy and theory lovers; and it can be an inspiring read for practicing professionals as well.

Shannon, S. (1997). Domination and Dialogue in Merleau-Ponty’s Phenomenlogy of Perception. Hypatia: A journal of Feminist Philosophy, 12(1), 1-19 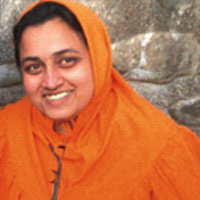 Fatema Kabir is a full time faculty member at Aayojan, Pune. With ten years of teaching experience, Fatema continues her quest in Theory of Architecture. She wore many hats in her career path—a writer at IA&B, Professor in different Architecture Schools, and a Workshop Organizer and resource person for FTP at COA TRC. She has also visited and curated art galleries as part of her exploration. She has couple of papers published that reflect her inclination towards teaching and the betterment of society through architecture.
kabir.fatema@gmail.com