Bombay: a city as a living entity
Conversation with Kamu Iyer 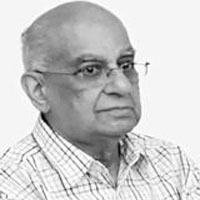 In practice with Architects’ Combine since 1960, he built extensively in Bombay and the rest of India. His practice covered a wide range of projects like low-income housing, educational and institutional buildings and campuses and research facilities etc. He was associated with teaching at various schools of architecture.

Iyer had an abiding engagement with Bombay, where he grew up, studied, taught and practiced architecture. He wrote extensively on its architectural and urban history. He was the editor and author of the book, Buildings That Shaped Bombay: Works of G.B. Mhatre. He co-authored 4 From the Fifties- Emerging Modern Architecture in Bombay as well as Build a Safe House with Confined Masonry. His book, BoOmbay: from Precincts to Sprawl recreated the city’s genealogy through its built form and spaces. Just a year before his passing, he wrote an incisive and graphical account of his own architectural practice in his last book From Diagram to Design. 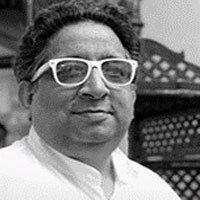 He is the Chairperson of the Board of Studies in Architecture of the University of Mumbai and a member of its Academic Council. He played a central role in reshaping the architecture syllabus, contemporizing it and giving it a critical edge. He is on the Board of Governors of the MMR- Heritage Society, and a trustee of the NGO Art Deco Mumbai.

He is the author of The Romance of Red Stone: An Appreciation of Ornament on Islamic Architecture in India and The Past As Present: Pedagogical Practices in Architecture at the Bombay School of Art. He is the editor of Twentieth Century Compulsions: Modern Architecture from the Marg archives, a book of essays from the early modernists on the architecture of India in the mid 20th Century. In his talks and writings in several journals, magazines and newspaper columns, Mustansir Dalvi critically observes Mumbai’s urbanity and charts the semiotics of its contradictions.
mustansirdalvi@gmail.com