Deepika Andavarapu is a doctoral candidate in Regional Development Planning program at University of Cincinnati. Her doctoral dissertation is based on an ethnographic research on a slum in Visakhapatnam, India. Her research was primarily focused on understanding the resilience of the Pedda Jalaripeta slum over a four decade period and the role of social capital (bonding, bridging and linking capital) in the long-term resilience of the community. 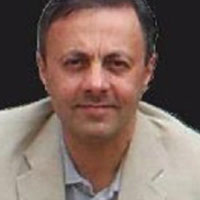 Mahyar Arefi received his PhD in planning from the University of Southern California. The U.S. Department of Housing and Urban Development funded Dr. Arefi’s doctoral dissertation. Dr. Arefi is the recipient of Goody Clancy’s 2005 Summer Faculty Fellowship in Boston and Fulbright in Turkey where he explored the concept of placemaking in different contexts. (www.daap.uc.edu/general/features/arefi.php). Dr. Arefi’s recent publications on place and placemaking, community development and the notion of urban resilience have appeared in Built Environment, Open House International and the Companion to Urban Design (Routledge, 2011).

Interest in slums within the urban planning community has increased recently (Porter, 2011; Dovey, 2012). It is a welcome move considering, over a billion people live in these settlements worldwide (UNHabitat, 2010). However, most of the existing urban policy frameworks often consider them a sign of planning failure due to their physical imperfections. The objective of this paper is to contradict such perception by exploring and celebrating slums as resilient urban systems. Here, we argue that the social capital of slums contributes to their resilience.

In this paper, we propose a conceptual framework to study the resilience of slums. We illustrate this conception of resilience with snapshots of two slums from Mumbai, India and one from Rio, Brazil. In many cases, physical infrastructure of slums is deficient and is the focus of policy debates. However, with the proposed framework, we seek to recognise social capital as an important dimension of slums that can become part of the policy discourse on slums.