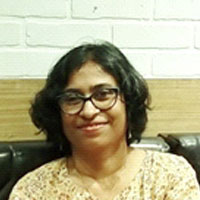 “This is so wrong… You have stolen my dreams… How dare you!!” reprimands Greta Thunberg in the UN Climate Action Summit 2019. She is a young teenager who is moving mountains to protect environment along with a million other school-going children throughout the world. The next generation is concerned about its future as the future for environment seems bleak. Climate change and its implications are not limited to melting glaciers in far-off lands. The climate change is affecting our everyday life. It is hotter than twenty years ago in summers, severe floods frequent our cities in monsoons, yet we suffer with frequent droughts and water shortage. Cities are suffering with air pollution be it Beijing in China or Delhi in India. Disappearing green cover is considered as one of the reasons for air pollution, drought or floods. Protecting forests is our priority as they protect bio-diversity, control floods and reduce air pollution. The Ministry of Environment, Forest and Climate Change oversees the implementation of India’s environmental and forestry policies and programs. It delineates the forest areas and implements regulations to protect these areas.

In addition to forest areas, National parks are another way to delineate eco-friendly areas. Since the creation of Yellowstone National Park in 1872 in USA, National Parks have taken an important role in protecting wild life and bio-diversity all over the world. India has hundred and four national parks. The State of Maharashtra has six and one of them is located in the heart of Mumbai – Sanjay Gandhi National Park. The Aarey forest is part of this national park. National Parks are not permitted and / or limited for the human activity. However, we hear quite often of the human encroachments into the forest areas and national parks that hinder the very purpose of delineating them as protected areas. When the State government of Maharashtra proposed to clear the ground for a Metro Car Shed in Aarey forest area, the news hit hard many Indians, especially Mumbaikars. There is an uproar by the environmentalists and citizens of Mumbai stating that the area is environmentally rich with bio-diversity that will be gone forever if the car shed is built. They also insisted that it will affect the local tribes’ life style. The Maharashtra government insisted that it is very important to build this car shed to improve public transport. For the government, it is a mark of progress and development. The Supreme Court had to intervene to bring a solution, and its decision favored building the car shed. When there is a debate on the requirements of human beings and the needs of wild life, it is the humans who win most of the time. Then the question arises on how to protect the eco-sensitive areas. It calls for stronger regulations to protect wild life and bio-diversity as Aarey is not the first case where human encroachment affecting a protected area.

In this issue of Tekton, Dakshayini Patil and Mamatha Raj discuss Bannerghatta National Park in Bangalore. They discuss the interactions, conflicts and issues between humans and ecology at three different levels—Macro, Meso and Micro levels and come up with solutions in and near Bannerghatta National Park. They propose regional plans and land specific design guidelines that could help development of ecologically sensitive zones.

It is not only the nature requires conservation and preservation. Sometimes a built environment calls for preservation so that it envelops the culture of the people it has housed in and brings the evidence to the future generations. In their article, Kanupriya Goel and Shivashish Bose discuss the preservation of Anglo-Indian culture by conserving the built environment they live in. Bow Barracks in Kolkata is one of the places where Anglo-Indians have been living for almost hundred years. The authors suggest that this community has unique cultural identity and the buildings they live in act as part of that identity. By closely observing and analyzing the built structures of Bow Barracks, the authors come up with a comparative analysis of the cost of new structures of similar size and restoring / repairing costs of the old structures and show the restoring costs are much lower than the new built.

For progressing into new era by implementing ‘smart’ in the built environment, the current Indian government is keen in developing hundred smart cities. Authors Devyani Gangopadhyay and Prathyusha Ravi look into the objectives of smart cities and try to find if the already established communities have achieved some of these goals. They look into one of the planned settlements – K.K. Nagar in Chennai that was established in the 70’s, and delved into each aspect of the smart city objective to see if this community has that characteristic. They find even though the neighborhood was developed in the 70’s, it has achieved all the current smart city goals.

In her conversation with Architect Aniket Bhagwat, Reshma Sathe discusses several aspects of landscape architecture in her interview. Both of them discuss on different
issues starting from the difference between a public park and public ground to the future of landscape pedagogy and practice.

In her book review, Fatema Kabir discusses the book on Merleau-Ponty edited by Patricia M. Locke and Rachel Mccann. In this book, different authors discuss Merleau-Ponty’s view of space from three aspects—Liminal, Temporal and Shared. By briefly discussing these three spaces, Fatema says that the book connects philosophy, theory, and architecture more strategically and innovatively. Issac Mathew in his book review discusses MiKi Desai’s Wooden Architecture in Kerala. He says that the book has few shortcomings but welcomes the author’s intention to delve into the subject and he suggests that the author may look into the technological aspects of construction and typology of the buildings.

Bringing forth of this new edition has been a collaborative effort of the authors, anonymous reviewers who accepted our request and spent their valuable time on reviewing the articles, our team of Tekton and the management of Mahatma Education Society. As first time editor, it has been a steep learning curve for me in dealing with different stages of the publication starting from accepting the submissions to contacting reviewers to the countless iterations of editing the submitted material.

This edition is much more special to us as we are treading into new waters! We are becoming an online journal from now on. Due to some logistic reasons in this process, we are releasing this issue a bit late. Thus, the reader may find some of the recent events happened being mentioned in this editorial. We are hoping to reach larger audience and authors by being an online journal. 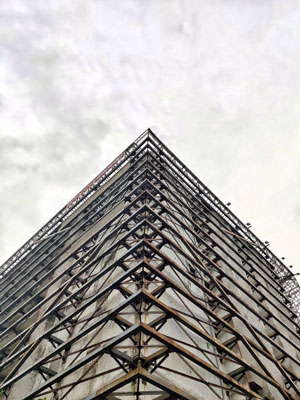