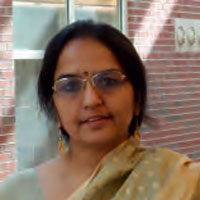 Amita Sinha is Professor in the Department of Landscape Architecture at the University of Illinois at Urbana Champaign, USA. Her landscape heritage projects in India include: Sarnath, Taj Mahal, Champaner-Pavagadh in Gujarat, Rockfort in Tiruchirapalli, Gomti Riverfront in Lucknow, Delhi Ridge, Govardhan Hill and Yamuna Riverfront in Braj, Orchha, and Amber. She is the author of Landscapes in India: Forms and Meanings (University Press of Colorado, 2006), editor of Landscape Perception (Academic Press, 1995) and Delhi’s Natural Heritage (USIEF and INTACH, 2009).

Historiography of survey texts covering the temporal and spatial gamut of architecture in India reveals theoretical perspective rooted in colonial ideology that has outlived its relevance. The very first text written by James Fergusson was sustained on two grand myths that governed Indology in the eighteenth and nineteenth centuries—myth of origin and related to that, myth of degeneration. This ur text created a framework based upon race, religion, and region that influenced subsequent writings. Reprints of nineteenth and early twentieth century texts are widely read as reported in a survey of architecture programs. It is proposed that a post-colonial perspective based upon critical regionalism, cultural landscape, and reinterpretation of medieval design treatises, guide the revision and re-writing of architectural history.