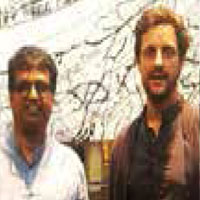 Matias Echanove and Rahul Srivastava are co-founders of urbz.net, a platform for experimental urban research and action, with collaborators in Mumbai, São Paulo, Bogotá and Geneva. The work of urbz has been exhibited at the MoMA in New York, MAXXI in Rome, MAK in Vienna and various biennials and galleries. Rahul and Matias also co-direct the Institute of Urbanology in Mumbai. They regularly write articles and essays for publications such as the New York Times, The Guardian, The Hindu, OUP and Domus.

This essay argues that habitats – villages, towns, neighbourhoods, settlements, cities – need to be understood in clearly articulated aesthetic terms that work on principles that are relevant to the processes through which they are produced. This connects to concerns in architecture, urban planning and other forms of urban and cultural practices. It is important to escape a dependence on abstractions that actually work on aesthetic principles but are not articulated as such. This produces narratives of an ideal city, a contemporary or futuristic city, dysfunctional neighbourhoods, dangerous settlements, slums, heritage neighbourhoods so on and so forth. Making explicit aesthetic judgments and connecting them to processes through which habitats are produced, including outside the practice of official architectural and urban practices, opens up a more creative world of images, metaphors and practices to work with. In this essay we touch upon the influences of textiles, crafts and communities in the story of crafting relevant aesthetics for diverse urban habitats.