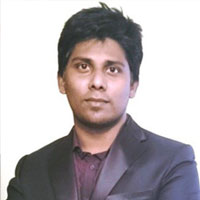 Chandrakanth K. possesses a Bachelor’s in Architecture from National Institute of Technology, Tiruchirapalli and Masters in Urban Planning from School of Planning and Architecture, New Delhi. Presently, he is the principal architect & planner at Radiant Build Infra Solutions, Coimbatore and associate professor (Visiting) in two architecture colleges in Coimbatore. He has worked as a town planning specialist in the Tamil Nadu Slum Clearance Board on various government schemes. His research interests include, smart cities, slum upgradation, water sensitive urbanism and sustainable architecture.
archichandru@gmail.com

The United Nations projected by 2030, at least 60% of the world’s population will live in cities, with nearly 2 billion new city residents, many migrating from rural areas. The urban population in India is growing at around 2.3% per annum with the global proportion of urban population increasing from 13% (220 million in 1900) to 49% (3.2 billion, in 2005). At the current pace of urbanization, natural resources and ecosystems could be severed by 2030.

With Bengaluru as a case study area, the research is based on the hypothesis that urban development can have a substantial amount of threat to ecological resources. The study maps the extinction of ecological resources namely lakes, forest, and parks at metropolitan area level over the period of time. By various analyses at macro, meso and micro level, the study projects the issues causing it.