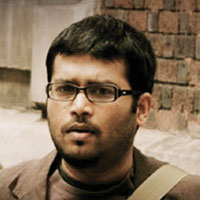 Nishant Lall is an architect and an urban designer based in New Delhi and is a visiting faculty to the Department of Urban Design at the School of Planning and Architecture- SPA, Delhi. After working and teaching for a decade in Los Angeles and Boston till 2009, he founded Nila Architecture and Urban Design, a multidisciplinary design studio in New Delhi. His key interests are in urban ecology and regeneration of cities. In the present essay, Nishant Lall discusses the Ganga Riverfront Development Project at Patna which is presently being implemented in phases. The historic city of Patna in eastern India is one of the major cities on the banks of mighty Ganga. To address the issues of severance of tangible links between the city and the river, a joint renewal initiative between the National Mission on Ganga, National Ganga River Basin Authority (NGRBA) and Bihar Urban Infrastructure Development Corporation – BUIDCO with funding from World Bank was started in 2011. The essay highlights the features of the project while discussing the role of Urban Design in a complex web of urban renewal. The project was shortlisted in the ‘Future Projects’ category at the 2A Asia Architecture Award at Istanbul in 2015 and was given a ‘Regards to Efforts’ award in the Young Designers Award organized by Indian Architect and Builder in 2016.

Figure 1: Panoramic view of the Ganga riverfront in Patna

Sliver Space and Natura Naturans
“In a land where it seldom rains, a river is as precious as gold. Water is potent: it trickles through human dreams, permeates lives, dictates agriculture, religion and warfare.” 1
– Alice Albania

The need and necessity of times led our ancient settlements to lace around river systems over the ages. The river systems were the first economic, transport corridor that ushered the bounty of nutrient rich soil after seasonal floods. There was a constant flux of the dynamic system of the river both in flat space (meandering, flood plain) and geo-morphology (depth, erosion). The dynamic river system also had a pace to its attributes- slow and unmoving during the summers with low water level, and the daunting gaze of a river’s full flood fury in the monsoons. Talking about the formative process, Goethe, in his The Metamorphosis of Plants, 2 reaffirms Spinoza’s terminology as he says that nature can be conceived in two ways, as creative power and as created product, natura naturans (literally, ‘nature naturing’- nature doing what nature does) and natura naturata (literally, ‘nature natured’- nature already created).

Modern agriculture and civic services (water and sewerage), packaged fertilizers, piped water systems has caused the relevance and reverence of water to erode in the urban mindset. Physically, the edge of the river and the urban settlements lost its connection to the ebb and flow of the river systems. Travelling across Indian cities, one finds¬ not only a disregard to this natural edge but also exploitation – garbage dumping, toxic wastes and sewerage discharge. Although a narrow demarcation, a thin edge, the attitude to these urban edges demonstrates our apathy to natural systems (rivers, parks and forests) that constantly nourish the urban systems even now. Their importance has been brought to fore by many environmental movements, activists and governmental schemes. With urban densities rising, coupled with a paucity of public spaces in Indian cities, the forgotten edge of the river offers respite from the tight urban conditions and a renewed connect with the natural systems.