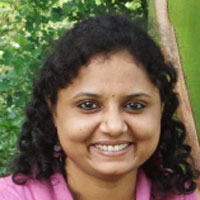 Tejashree Lakras is a conservation architect, graduated from SPA, Delhi and currently an Assistant Professor at Pillai College of Architecture, Navi Mumbai. She graduated in Architecture from VNIT College, Nagpur where she secured the first position and her thesis on ‘Community Centre for Warkari Culture’ was awarded with ‘Poornima Prize’ and ‘Pedilite Award’. She has presented her research on Tuljapur in national conferences. A joint paper (with Pallavi Dalal) on the same research was presented in the National conference on sustainable built environments at IIT Roorkee in April 2015. Her areas of interests include sacred and cultural landscapes, community based conservation of heritage and historic cities.

The pilgrim paths and sacred places around them carry the essence of sacred landscape of any pilgrimage centre. Their positioning is historically interwoven with surrounding natural elements as seen in Tuljapur, the major ‘Shaktipeetha’ in Maharashtra. The sacredness of the deity Tuljabhavani is celebrated with the processional paths passing through the sacred groves of surrounding tamarind forest, along the natural streams and undulating plains of the Yamunachal hill. One observes that the halt points along these paths bear distinct type of architectural marker which is very specific to Tuljapur. This paper attempts to identify the significant role of such elements in the formation of sacred landscape of Tuljapur which has lost their importance under the pressure of urbanisation over the time. The study is carried out from regional to town level to discover the crucial contribution of communities and pilgrims from various pilgrimage sites to safeguard the character of place. The paper further brings out the classification of these markers, their arrangements and behavioral patterns such as ‘Valli Baithaks’, ‘Wada verandahs’, ‘Otta Pathar’, etc. In conclusion, the paper highlights that the awareness among the local people for protection of these sacred entities is the need of the hour.