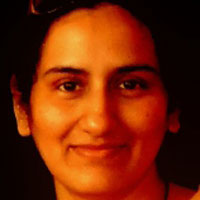 Kanak Tiwari is an Urban Designer from Delhi with over 12 years’ experience in the urban sector. She is a commonwealth scholar and has an M.Phil in Development Studies from the University of Cambridge, UK. Currently, a consultant with the World Bank and Visiting Faculty at School of Planning and Architecture- Delhi, she likes to read and write about cities in her spare time, and her work has been published in national and international journals. Her research interests include urban governance, participatory planning, smart urbanism, and urban regeneration besides urban design and planning. 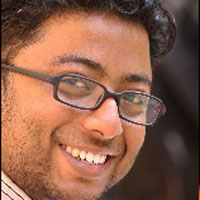 Zeeshan Ibrar is an architect from Delhi. He completed his post-graduate specialisation in Urban Regeneration from the Jamia Milia Islamia, Delhi in 2015.

He is currently practicing architecture in New Delhi. His interests include travelling and reading both about history of places and futuristic urbanism.

Edward Bellamy’s utopian novel Looking Backward has inspired a number of social scientists, economists, and visionaries in the late 19th and early 20th century. The book’s premise is a Rip-Van-Winkle sort of scenario of a man who is awakened after 113 years from a deep sleep in a transformed Boston, free of all its earlier problems. It is little known that founding fathers of planning and a number of famous urban theorists were inuenced by the book’s ideas, which shaped their philosophies and theories. This paper discusses these ideas and influences as well as their relevance today.