Debates on how architects should be educated are eternal and that is a good thing. One only wishes that we would debate with equal passion how architecture ought to be practiced today. It would be self-defeating to think that the two can carry on oblivious of one another.

In this issue, Kingsley Dimuna, who teaches and practices in Nigeria, gives us a glimpse of the prevailing systems there. Anyone in India reading Dimuna’s diagnosis of what ails the profession of architecture in Nigeria, would find a mirror of their own situation- poor appreciation of an architect’s role in the society, education failing to equip graduates with adequate practical knowledge, encroachment in the professional territory by non-architects and even quacks, and a lack of passion among the professionals.

This crisis of credibility has been previously discussed in these pages in relation to the self-perception of a professional mandate among architects. One could add an absence of self-reflection to this. Kevin Low from Malaysia in his conversation with Kiran Keswani terms this as “a lack of a culture of self-critique” in the discipline. As a recourse, he envisages platforms where one can give and receive critique in the tradition of peer review.

A culture of critical discourse in architecture needs to be inculcated and the best places to teach it are the schools of architecture. Firstly, we need to stay clear of the false binary between thinking skills and practical knowledge and recognize that ability of discernment requires an interplay of both. Accepting handed down ‘practical’ wisdom unquestioningly is largely responsible for the erosion of quality of our habitats. Especially in India, architectural practice has always lagged several steps behind socio-cultural and political change, increasingly making themselves redundant as policymakers and even divesting themselves of design agency. Secondly, just debates or iterations in curricula design cannot achieve a desired critical culture unless we consciously raise our standards and change our ways- what Low has described as “simple default of the way it has always been done”.

In the present issue of Tekton, we feature the following:

Kingsley Dimuna in his paper on Architectural Education and Practice in Nigeria, gives a concise overview of the architectural curriculum prevailing in Nigeria as also the statutory framework governing its practice. He argues that architecture is a complex field and as such best practiced by qualified architects who must possess adequate theoretical and practical knowledge in order to fulfil their ordained role in the society.

Sushama Joglekar, recognizing the place of geometry in architecture, suggests in her paper that there is an abundant scope to look beyond descriptive geometry in the architectural curriculum. Citing examples from her academic experiments, Joglekar elaborates the scope of teaching geometry to architecture students. She argues for an informed understanding of geometric concepts when computers open up possibilities of complex surfaces and forms and where the design and construction of buildings rely increasingly on digital tools.

Amita Sinha in her paper critiques the appreciation of the ghats at Varanasi as dominated by the picturesque. She argues that a fuller description of this cultural landscape must involve all human senses as an embodied experience. The rituals related to life and death are enacted on the ghats of the Ganga, where space and design language is attuned to this performance. Sinha has analysed the place as a ‘situated event’ and made recommendations for design interventions.

Gunali Ajgaonkar in her paper brings into focus the Agariyas, a salt-farming community who exist on the margins of the Little Rann of Kutch and practice this age old craft. The salt they produce has high economic value but they themselves reap a meagre income. Ajgaonkar observes and analyses the inexorable link between the salt makers’ lives, their habitat and the harsh landscape of the Rann. She recommends incremental changes that respect this man-landscape relationship to alleviate the life of the community.

In this issue’s Practice Essay, Rolins Thomas Roybrings to focus aural comfort for a healthy indoor environment. Rather than being confined to a rarefied arena of highly specialized buildings like auditoria, acoustics and noise control must occupy our common architectural sensibilities. He argues for a collaborative process where consultation on acoustics takes place in the design stage rather than to solve problems after the buildings are constructed. Roy elaborates the scope and challenges in the practice of architectural acoustics in India.

In our Dialogue section in this issue, we feature two conversations:

The conversation between Kevin Low from Kuala Lumpur, best known for his book small projects and Kiran Keswani delves in the area of critical discourse, something the community of architects have largely shied away from. Low cites several possible reasons for the lack of self- critique, one among them is the neglect of deeper issues of content and critical analysis, whether in architectural publications or in symposia. He further elaborates what constitutes critical content- raising interesting questions being an important part.

The second conversation is between Girish Doshi, a leading architect from Pune and Smita Dalvi. Doshi is known for innovations in use of materials and construction technology in his buildings to achieve economy and delight. He usually prefers his work speak and express itself. In this conversation however, he opens up about his life as a student, an apprentice of a master architect, his influences culminating in an architect finding his own voice. We get a glimpse of the architect as a person whose life story is not removed from his work.

Alpa Shethhas reviewed The Structure- Works of Mahendra Raj, a compendium covering the work-span of this acclaimed structural engineer whose genius has underpinned many of what we consider architectural landmarks of the country. Sheth’s review brings home the point that not only we need more books written on engineers, but also potentially more than one book is possible on a genius such as Mahendra Raj. Most definitely a whole range of books are waiting to be written on many architects, engineers and others who have made a mark on the built world of independent India.

In the pages of Tekton, we strive towards criticality of discourse while following the tradition of academic peer review. We hope to receive and encourage quality contributions from the community of architects, academics and students as also from other disciplines that engage with built environment. 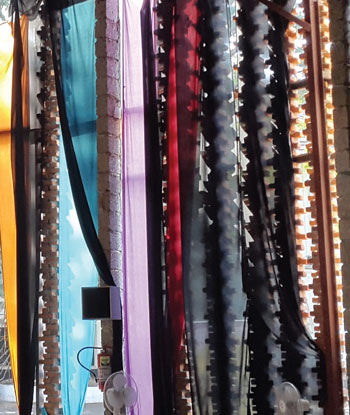