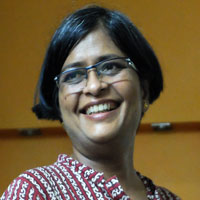 The question of slums poses the biggest conundrum. Slums are, in most part, the result of the inevitable migration to cities ever hungry for labour for its industries and services. The engine of economics that makes the city is fuelled by this migrant force but this same force is left to fend for itself in its need for shelter. It is estimated that 70% of Mumbai’s population lives in slums, subsuming within them several erstwhile villages such as the koliwadas or fishing villages and informal settlements that came up as resettlement camps.

Dharavi in Mumbai, once infamous as the largest slum in Asia came to exist in a patch of inhabitable marshy land that nobody wanted. The communities who occupied it worked the land, erected shelters, and gradually built informal and formal work economies that today account for a sizable economy on its own right. It is impossible to think about the economic might of Mumbai without the existence of several such live and work settlements that even today remain the only affordable sources of rentals in the city for the working class. These settlements are not all ramshackle shanties, many are ingeniously built with pucca materials – ready mixed concrete, for instance, poured by the bucketfull- and are remarkable examples of maximising internal space. Both the life and the work in these home-grown settlements thrive, while making do with minimal municipal services and severely lacking in sanitation.

The ‘regular’ city cannot side-step these settlements but tries its best to unsee them. Regular planning models or practices do not acknowledge or address the processes by which life finds a way in our cities – outside their gaze and without their help.

But both the state and the regular city agree almost unanimously that slums are a blot on their fair face and must be eradicated. One suspects these sentiments have more to do with an aspiration for a visually harmonious imagined urbanscape rather than any humanitarian feelings towards its inhabitants. What is unappreciated is that cities are messy quite unlike the pretty pictures in planning brochures. A lot of governmental thinking as well as well-meaning academic exercises are guided by such aesthetic considerations.

On the other hand, there is an impulse to aestheticise the squalor of slums itself. Both do a disservice to the very pressing issue of affordable housing for the poor and the working class. Add to this, the spiralling real estate value of lands occupied by slums and we have the picture of a disparate Mumbai, where the state desires the land that the slums sit upon, and makes policies of redevelopment that are essentially the freeing up of the lands rather than creating a healthy environment for its ‘illegal’ inhabitants. In all this, policies of slum rehabilitation in Mumbai have failed to make a dent and have only ended up creating few vertical towers of poor quality, airless and lightless, quite unsuitable for the life and livelihood patterns of the slum dwellers whose lives these buildings sought to alleviate.

What is fundamentally questionable is the model adopted by the state from the very outset, disabusing itself of any direct responsibility for rehabilitation, relying instead on outsourcing this to private developers who inevitably brought their
speculative box of tools to slum pockets that consist of eviction, redevelopment, speculative pricing and ultimate gentrification. Most new constructions tend towards the creation of luxury apartments as gated communities.

In this issue of Tekton, we attempt to open a discourse around housing, besides featuring papers and essays on other subjects. We are also quite pleased to feature papers written by students and recent graduates for the first time. Needless to mention, all papers undergo a double blind process of review. Once again, we acknowledge the invaluable assistance of all our reviewers, who looked through the materials submitted in great detail and provided comments to help the writers revise and better their work.

Matias Echanove and Rahul Srivastava of URBZ Mumbai question the aesthetic judgements based on visuality that are brought to bear upon Mumbai’s home-grown habitats. In their essay, inspired by Gottfried Semper’s linking of textile and architecture, they evoke a new metaphor of urban fabric, to suggest the idea of ‘woven’ homes- finding value in collective construction of home-grown cities as a valid form of resolution.

Shreyonti Chakraborty and Shivashish Bose in their paper have with user surveys critiqued slum rehabilitation programmes in Kolkota, those which seek to relocate them on distant sites in high rise buildings. They have argued for in-situ rehabilitation and have proposed a design solution which is Chakraborty’s student work.

Ajay Kaushik in his paper has analysed gated housing developments in Gurgaon, part of the National capital Region of Delhi. He has analysed the impact of gating on the neighbourhood street patterns by using metric and geometric parameters for street networks. His study shows that large gated developments tend to fragment the urban texture leading to discontinuities in street networks.

Nishita Mohta, Karishma Sehgal, Shamita Chaudhry and Tanvi Goel – recent graduates in architecture from Delhi have extensively reviewed the literature on proxemics- how humans use and behave in space- to analyse in great detail the public transport system in their city, particularly the metro and bus coaches. In their paper, they advocate a user centric and culture specific approach to deal with situations of crowding.

Suneela Ahmed and Rahat Arsalan in their paper, discuss the negative impact of privately executed large scale, gated, high-rise projects on existing urban neighbourhoods in Karachi. Using as case-study one project- the Baharia Icon, they have analysed in detail what could go wrong with such an approach for not just its surrounding areas but for the whole city.

In this issue’s Practice essay, Nimit Killawala critiques the policy of slum rehabilitation that relies on the involvement of private developers for financial feasibility. As a part of Group Seven Architects + Planners, Mumbai, Killawala writes about the paradox of affordable housing in Mumbai using their competition entry for ‘Reinventing Dharavi’, an initiative of UDRI, Mumbai. Through their design entry, they prescribe a special status for affordable housing as an ‘Infrastructure Project’, wherein cost of land is notional, and the cost of construction is largely borne by the dwellers through soft loans- as a way to deliver affordable housing to slum dwellers.

We feature two book reviews in this issue. Neha Syed has reviewed The Architecture of Hasmukh C. Patel: Selected Projects 1963-2003 by Catherine Desai and Bimal Patel- the chronicle of a very significant Ahmedabad practice which championed an articulated modern professionalism via a benchmark practice of architecture. Pooja Ugrani has reviewed In The Name of Housing: a Study of 11 Projects in Mumbai by Sameep Padora. The book derives from an eponymous exhibition and is the result of extensive documentation by a research based architectural practice of a few affordable housing typologies in Mumbai, the most interesting being that of a chawl.

In closing, we express a deeply felt shock and dismay at the wanton demolition of the Hall of Nations in Pragati Maidan, Delhi- an exceptional building of audacious architectural conception and engineering skill. Built in 1973, designed by Raj Rewal and Mahendra Raj, this large span exposition hall conceived in concrete space frame was a unique example of a kind and represented the coming of age of the Indian republic. It is ironic that the same impulses that seek to get rid
of self built communities in the city is at work here- the freeing up of real estate into a capital intensive market that never tires of building and rebuilding, irrespective of the political,
social and cultural values of the built heritage that defines out cities. Ignoring the value of architecture that represents technological advance that is the pride of the nation, this
money machine rages on relentlessly, aided by the arms of the state itself. Is our entire contemporary built heritage to meet the same conclusion? Perhaps we should discuss this extensively in another issue of Tekton. 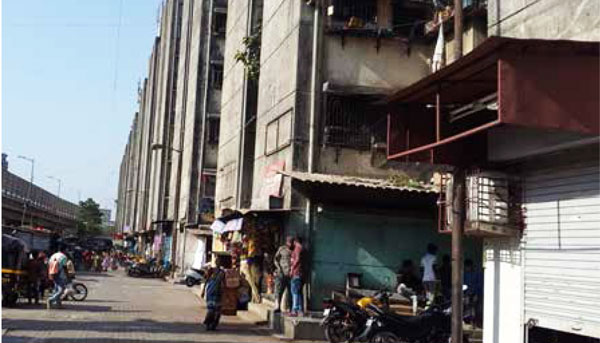